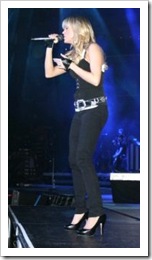 The ACM Awards are over and done with for another year … and I wasn’t at all unhappy with the winners list this year. Carrie Underwood was named Top Female Vocalist. And I thought the tribute she and Brad Paisley did for Eddie Arnold was really well done.

Speaking of Brad Paisley, he was the winner of the Top Male Vocalist award this year. I might have picked Rodney Adkins for that one… except … what in the world was wrong with the microphones, or the speakers, or something at that awards show! Rodney was really off key last night, and he kept playing with is little earpiece as if he couldn’t get any sound of out of it. I don’t know if he couldn’t hear the music, or if he couldn’t hear himself, but it was terrible! And he knew it. He didn’t look like he was enjoying his performance at all. 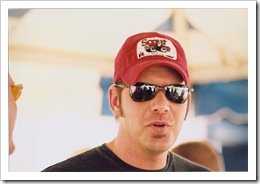 I think Kellie Pickler was having a problem too, because when she came out to sing, she took her ear piece out almost as soon as she started.

I’ve heard Rodney sing with just two guitars and a drum before; I know the boy can sing. I’d love to know what was going on last night. 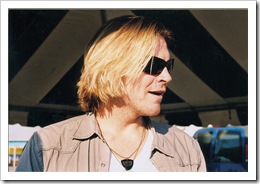 Other award winners included Jack Ingram for Top New Male Vocalist; Taylor Swift for Top New Female Vocalist; and Lady Antebellum for Top New Duo or Group. Brooks and Dunn won Top Vocal Duo, and the honors of Top Vocal Group went to Rascal Flatts. And the Entertainer of the Year was won by Kenny Chesney. 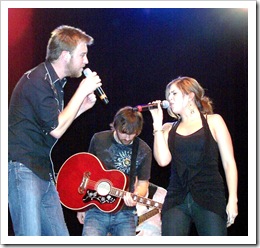 I really thought the show was good. They had so many performances scheduled, and a great group of presenters. But I would still like to know what was wrong with the sound system that was creating problems for the singers. Brooks and Dunn didn’t sound good, Rascal Flatts didn’t sound good… and since I’ve seen almost all of these entertainers live before, I know they can sing. But I really felt bad for Rodney. To be up there doing a portion of each of his four No. 1 songs, and to have it come out sounding like it did must have been awful for him. We still love you, Rodney!

Now it’s your turn. Let me know what you thought of the show … the winners… the performances…the night in general. Always love your comments!

https://www.countryschatter.com/2008/05/acm-awards-winners-wrap-up/2008-05-19T20:36:24-04:00countryAwardsTV AppearanceBrad Paisley,brooks and dunn,Carrie Underwood,Eddie Arnold,Jack Ingram,Kellie Pickler,Kenny Chesney,Male,male vocalist,New,night,Rodney,Rodney Adkins,Top,top female vocalist,Vocalist,year
The ACM Awards are over and done with for another year ... and I wasn't at all unhappy with the winners list this year. Carrie Underwood was named Top Female Vocalist. And I thought the tribute she and Brad Paisley did for Eddie Arnold was really well done....
countryDonna Reacountry@countryschatter.comAdministratorCountry's Chatter