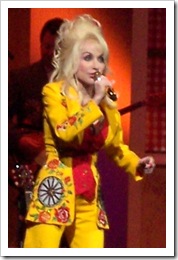 Dolly Parton is on the cover of the current issue of Country Weekly magazine. In an interview by David Scarlett, titled “I Act on Faith,” Dolly talks openly about the rough times in her life, the “nips and tucks,” her Dad, and her relationship with God. It’s a good interview. Nicely done, David.

And, as always, Country Weekly is packed with information about upcoming concerts, events, awards, CDs, and things we country music fans just have to know about! I love the magazine, I subscribe – and I read it cover to cover. 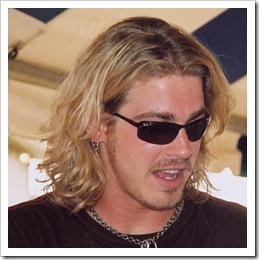 However, I’m not going to say I always agree with everything they do. Do you guys remember when Garth Brooks was going to retire, and the magazine did something about “who can replace him?” Then at one point, they asked “Who would be the next Tim McGraw?” NOW, they have this 3 page article called “Kings in Waiting” – asking who could be the next George Strait. Some 25,000 fans voted. And, I am glad to see people like Josh Turner, Bucky Covington, and Joe Nickles were among those the voters selected.

Here’s where I have a question … Why does anyone have to “fill his shoes”? George Strait is George Strait; Bucky Covington is Bucky Covington; and Josh Turner is Josh Turner. Aren’t we just willing to love these guys for who they are? They’re all extremely talented, with promising careers of their own. So, George had his 52 No. 1 records — let’s let Bucky, Josh Turner, and the others mentioned in the article, do their thing! Be themselves! Put out one hit after the next, come to our town so we can see them in concert, and not have to be compared to anyone else. That’s my vote! Let me know what you guys think. 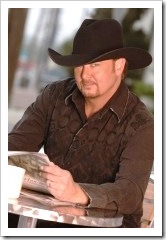 Tracy Lawrence, one of the country stars tentatively scheduled for the Appalachian Fair in Gray, TN, this year, will be part of the BamaJam. This is a three day event, with three stages. Entertainers scheduled to take part at the June 5-7 musical event are Trace Adkins, Hank Williams Jr., Ricky Skaggs, Jason Michael Carroll, Old Crow Medicine Show, Randy Owen, Lynyrd Skynyrd, ZZ Top, and many more! What a diverse group of entertainers. The event is held just north of Enterprise, Ala. Sounds like a very fun place to be. 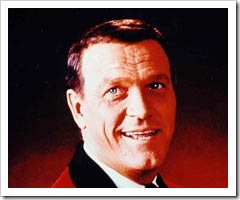 And last, Eddy Arnold, who would have celebrated his 90th birthday on Thursday, May 15, died today, May 8, 2008, in a Nashville health care facility. Eddy’s wife of 66 years, Sally, died just two months ago.

Arnold was a native of Henderson, Tenn., and was inducted into the Coutnry Music Hall of Fame in 1966. He was definitely a part of country music history.

That’s it for tonight. I’ll talk to you all soon. Keep writing! Your comments and e-mails are important to me. And, I’ll get you answered as quickly as I can. Remember, too, that if you have news – I’m all ears. Till tomorrow —

Josh Turner and SiriusXM look back on YOUR MAN