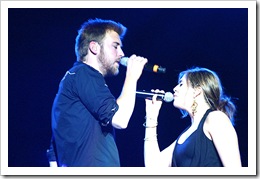 Lady Antebellum will release their second single, “Lookin’ For A Good Time,” on June 23. The song is one from their debut album.

And, here’s the third member of the trio, Dave Haywood.  These photos were taken at Viking Hall on May 2.

The group is now on tour and will be performing throughout the summer with country music stars including Kenny Chesney, Carrie Underwood and Reba McIntire.

The group will also be performing the National Anthem at the Coke Zero 400, at the Daytona International Speedway on Saturday, July 5, on TNT. 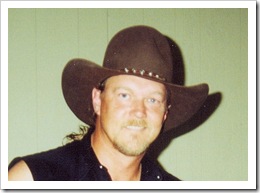 Today, Trace Adkins joined U.S. Senators Lamar Alexander and Bob Corker for a press conference to announce legislation to improve and protect the quality of life for more than 41,000 children in Tennessee. The announcement also included representatives from the Food Allergy and Anaphylaxis Network (FAAN). The conference was held at the state Capitol War Memorial Plaza, Nashville. Anyone who watched Celebrity Apprentice may remember that FAAN was the charity Trace was hoping to win money for with his appearance on the show.

Taylor Swift will make a special appearance tonight on the season premier of Nashville Star. The show is on NBC for the first time this year. Billy Ray Cyrus will be the host, and former host, Jewel, will be joining the judges panel. With Jewel will be John Rich and Jeffrey Steele.

XM radio will be broadcasting Nashville Star on their new country channel “Highway 16” (XM 16) at 8 p.m. eastern time on June 12. 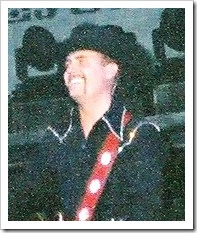 And, last for tonight – do you remember “Gone Country”, the CMT program where John Rich got seven entertainers who were not country music singers and tried to turn them into country stars? Well, CMT is at it again – this time, they are taking Gone Country cast members Maureen McCormick, bobby Brown and Carnie Wilson, and putting them in a new show called “Outsider’s Inn.” Apparently the trio is supposed to run a B&B in east Tennessee. This show will premiere on CMT on Friday, Aug. 15.

I did say that was “last” didn’t I? But I just can’t let the evening get away without tossing this one out — Jessica Simpson will release her first country CD on Sept. 9 for Columbia Nashville. The album is still untitled, but one of the songs is “Come On Over.” I’ll just hold any opinion on Simpson as a country singer until…. Sept. 9, perhaps.

I’ll talk to you all later. Have a great day – and if you watch “Nashville Star,” be sure to let me know what you thought of it.