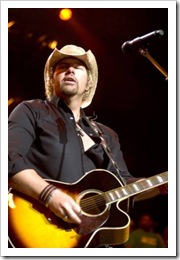 Last night I mentioned Toby Keith’s movie, “Beer For My Horses,” which is due to open in theaters on Aug. 8. And today, I got a very nice e-mail from Barbara R., who has a Toby Keith Fan Forum cite. She told me there is a web site for the movie, it is beerformyhorsesthemovie.com. And you will find trailers, photos, cast bios, and other interesting things there. She told me the list of cities where the movie will open is still being updated – so I’ll definitely be checking back often. So far, the closest city to me is Nashville, and that’s 4 hours away! 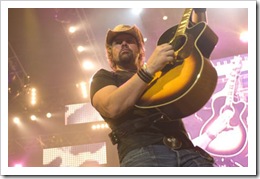 I had a Toby CD on a while ago, It was the Blue Moon CD – One of my favorites. And, just for something to fill a little space next to this great shot of Toby … my favorite song from that CD is “Me, Too”. You guys remember that one? I love that song.

Everyone remember Kristy Lee Cook, from American Idol? It looks like we’re going to be hearing a lot more form Kristy. She has signed a deal with 19Recordings/Atrtisa Nashville, a label under the Sony BMG Nashville umbrella. Her first sing,e “15 Minutes of Shame,” is supposed to be released in August. Her album, produced by songwriter Brett James, will be released in the Fall. Fellow Idol contestants Kellie Pickler and Carrie Underwood also record for Sony BMG, in conjunction with 19 Recordings. 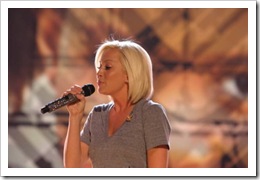 And, speaking of Kellie, she will be going out on tour with Sugarland this fall. The tour will kick off in Asheville, N.C. on Sept. 13. It will be a 25-city tour that will conclude on Nov. 16 in Bossier City. La. Ashton Shepherd will also take the stage for this 25 city tour.  She’s going to be a busy young lady – we’ll be able to catch Kellie at the Washington County Fair in Abingdon, Va. on Sept. 10.

Billy Ray and Miley Cyrus are keeping busy, as always. On June 29, they performed at a Nashville area skate festival to honor Alex LaVasseur, the late son of songwriter Jeffrey Steele. LaVasseur, 13, was killed in an ATV accident last year. Billy Ray also stays busy with his hosting of the NBC television show, Nashville Star. 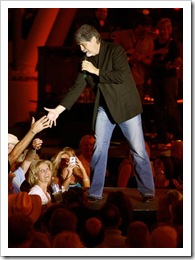 Alabama’s lead singer, Randy Owen, is writing his autobiography. He calls the book “Born Country,” and it is scheduled to be in bookstores on Nov. 11, which is also the release date of his first solo album, “One On One.” Randy is co-writing the book with Allen Rucker. It will be published by HarperOne. Randy said in a press release that the book is something really important for him and his family. “We touched on every segment of my life, it’s relaly a microcosm of my life,” Randy said. I like the fact that the book will be here in time for Christmas. 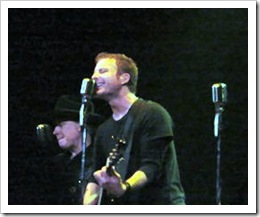 Back in February, in a little post I did called “Did You Know…” I mentioned Dierks Bentley not only sings, but he also plays Hockey. Well, it looks as though he plays something else, too. Dierks was the first country artist to participate in the Xbox 360 promotion, Game With Fame, where he played Halo 3 with online fans and gamers. Xbox Live has 12 million members. Pretty cool, huh?

That’s all for now. Be sure to check out the Beer for My Horses web site – thanks again, Barbara for passing that information on to me. And check out some of the other links in this post. They go to the entertainers home pages or My Space page.