Most of the Fairs are over for this summer and fall – but the people at Capitol Records in Nashville know country music fans aren’t done going to concerts in 2008! And they have a free one lined up for us!

Capitol is presenting Capitol Pub Crawl 2 on Sept. 18, on Demonbreun Street in Nashville. This free music event, being held near Music Row, will begin at 6pm.

Scheduled to perform at Tin Roof and Dan McGuinness on Demonbreun Street are Luke Bryan and newcomer to country music, Emily West.

I think we are all familiar with Luke’s music. He’s a great performer, fun to watch, and has had several songs out on country radio, including "Country Man," and "All My Friends Say."

I’ll be seeing Luke on Sept. 27, at Haywood County Fair in Waynesville, N.C. 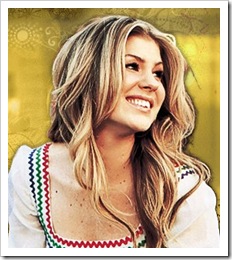 I really hadn’t heard much about Emily, so I visited her MySpace page, and I hope all of you will, too. I think you will enjoy her music. I particularly liked "Goodbye Girl." I checked Emily’s tou

r schedule, and for the most part, she seems to be hanging out around Nashville. But, I noticed she has the Grammy Awards in Los Angeles on her schedule this year.

Following that show we’ll have Trace Adkins, with a special performance by Darius Rucker, performing on a specially erected stage on Demonbreun Street.

Trace Adkins has been around the country music scene for a long time now. And I for one am very glad to see he’s finally getting some of the recognition he deserves!

It doesn’t surprise me at all that the fans voted him Country’s Sexiest Man (announced in the most recent issue of Country Weekly magazine); but, in addition to 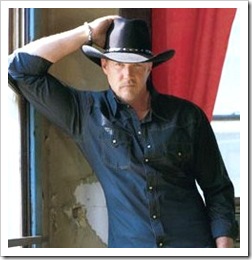 that – I am very happy to see the the Academy of Country Music has nominated "You’re Gonna Miss This" as single of the year; Song of the Year; and Video of the Year. I believe Trace has been overlooked at these awards ceremonies in the past – and I’m very glad to see him there this year.

I don’t have a photo of Darius Rucker, who will be Trace’s special guest at the Sept. 18 concert, but I’m sure after some of you guys go to that concert and send them to me, I will. *smiling here*… I really do appreciate everyone who sends me pictures of their concert adverntures!

Darius, as we all know, was the lead singer of the former group "Hootie and the Blowfish." His current single, "Don’t Think I Don’t Think About It," is climbing up the country charts. And it should be! It’s a great song! The song will be included on his first country CD, Learn to Live.

More later, keep in touch! We’ll chat soon! And, for those of you who haven’t seen the full list of CMA nominees for this year – we’ll get those up in a day or two. Take care!
Country
country@countryschatter.com

“Coal Miner’s Daughter: A Celebration of the Life & Music of Loretta Lynn” set for broadcast LIVE from the Opry, Sunday, Oct. 30, at 7pm/6c

One thought on “Head to Nashville for a FREE concert Sept. 18”