When I first saw that Clint Black had another television show, I thought he was just going to be on it. But Clint Black has been named the executive producer of a new series called “American Storytellers.”

Every episode of the new show will be inspired by a different country song, putting its lyrics to life through a dramatic, one-hour story. I love that idea! Talks are going on now with several other country stars, for both on-camera and behind-the-scenes roles.

We don’t know yet if Clint will step in front of the camera during the series, but I don’t think he’d have a problem with it. Clint did hang around on “Celebrity Apprentice” until they got down to four people last year. He’s also been seen on “Hope and Faith” and “Hot Properties.”

ITV Studios, Roberts/David Films and Sony/ATV Music Publishing are all involved in the development of the new series. The show will “spotlight the lives, loves, adventures, joys and tragedies that have been put to music by performers and songwriters of the past and present,” a report said.

I’ve looked all over the internet, and so far – that’s all I can find out about the new television show. What I was looking for is stuff like “when does it air,” “what network has it,” “who are the other stars who might be on.” But I guess I’ll have to wait to get that information – as soon as I do, I’ll pass it on to you. And remember, if you guys hear it before me, please let me know.

Clint Black has been around country music for quite a while now. He has written, recorded and released more than 100 songs. He not only sings and plays guitar, but his web site tells  us that he is also “proficient on drums and harmonica.”

Clint and his wife,  Lisa Hartman Black, were married on Oct. 20, 1991, and are the parents of Lily Pearl Black, who was born in 2001. Clint also has a daughter, Chelsea Bain, from a previous marriage.

I found a few places on line with show schedules for Clint. He has one coming up on Aug. 22 in Tacoma, Wash., Sept. 4, in San Jacinto, Calif.; and Sept. 22 in Winnipeg, MB, Canada.

I really like the idea behind “American Storytelling.”  And I hope the show will be a big hit for Clint and every one else involved in the series.

Video time… here’s one of my favorite Clint Black songs, “A Better Man.”

https://www.countryschatter.com/2009/08/clint-black-follows-celebrity-apprentice-with-new-series-american-storytellers/2010-03-02T18:02:32-05:00countryNewsTV Appearanceamerican music awards,american storytellers,Calif.,Canada,Chelsea Bain,Clint,Clint Black,country,country mu,country music association,David Films,Faith,horizon award,Jacinto,Lily Pearl Black,Lisa Hartman,Male,music,San,series,show,Tacoma,Wash.,Winnipeg,year
When I first saw that Clint Black had another television show, I thought he was just going to be on it. But Clint Black has been named the executive producer of a new series called “American Storytellers.” Every episode of the new show will be inspired by...
countryDonna Reacountry@countryschatter.comAdministratorCountry's Chatter

56th CMA Awards, ABC, Nov. 9 – Another look at your list of nominees 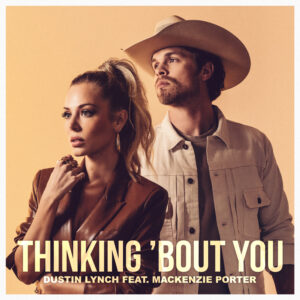