“19” tells the story of a local football star signing up for the military straight out of high school following the terror attacks on September 11, 2001. In the end he pays the ultimate sacrifice as the song describes a life tragically cut short.

But on the day those Twin Towers came down
his whole world turned around
he told them all I can’t play ball there’s a war on now
he marched right in with a few good men
and joined the marines
at nineteen
(Tom Hambridge, Jeffrey Steele, Gary Nicholson)

A portion of Owens’ Veterans Day pre-order album sales will go to The Journey Home Project, a non-profit organization co-founded by Country Music Hall of Fame member Charlie Daniels to support active military, veterans and their families. “The Journey Home Project is thankful to Shane Owens for his commitment in giving back to our veterans. This young artist is very promising and it’s an honor to be brought in on the forefront of his career,” David Corlew, Co-Founder and Chairman of The Journey Home Project.

Critics and fans alike have been raving about Owens smooth vocals, song sense and traditional Country styling. The Country newcomer was included in the November installment of Rolling Stone Country’s “10 New Country Artists You Need to Know” feature. His highly-anticipated debut album, WHERE I’M COMIN’ FROM, will be available through digital retailers beginning December 9. Click here to pre-order the CD, and instantly receive “Chicken Truck” featuring John Anderson, the extended version of “Where I’m Comin’ From,” and beginning on Veterans Day,“19.”

About Shane Owens
A fan of Country music long before he became an artist, Shane Owens has been building a loyal following in nightclubs across the Southeast for more than a decade. His powerful vocal range, combined with the emotional lyrical content of his songs, has made him a favorite of fans since he launched his career as an opener for dozens of major stars in the mid-2000s. The baritone performer soon attracted the attention of Nashville music executives, and landed a record deal. He cut an album – but it was never released. Just like the “Never Give Up” mantra of his lyrics, Owens picked himself up and moved on, thanks to famed producer James Stroud (Tim McGraw, Aaron Lewis, Clint Black), who produced his new album, WHERE I’M COMIN’ FROM, with Country music legend Randy Travis and industry executive Steve Popovich, Jr. as executive producers. For more information about Shane Owens, visit www.ShaneOwensCountry.com. 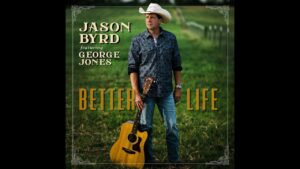