Multi-platinum entertainer Jake Owen’s new single “Made For You” arrives on Country radio airwaves today (5/18). “Made For You” is the follow up to Owen’s eighth career #1 song “Homemade,” chart-topping smash “I Was Jack (You Were Diane),” and his Platinum-certified, ACM-nominated hit “Down To The Honkytonk.” Listen to “Made For You” HERE.

Written by Benjy Davis, Joey Hyde and Neil Medley, the powerful ballad about life and love has garnered an impressive 41 Million streams to date. MusicRow praises it as, “…a romantic expression from a guy who still has plenty to give us…” while Billboard touts the song’s lyrics, turning “…life moments into a more poetic approach…” Instantly a fan-favorite, Owen previously introduced the song to a nationwide audience with a heartfelt performance of “Made For You” on ABC’s “The Bachelorette.”

Breaking the news across social media first, Owen shared, “I couldn’t be more excited to announce ‘Made For You,’ this song has been so special to me and many others. I’m excited to finally hear it on the radio.”

“Each line — ‘Water towers are made for hearts and names/Friday nights are made for football games’ — is really powerful, and it hits everybody in a unique way. And everyone has somebody that they feel like they were made for,” he added in a recent interview with Billboard.

“Made For You” is the fourth single off Owen’s critically-acclaimed album GREETINGS FROM…JAKE (Big Loud Records) following “Homemade,” which topped charts across North America, marking his eighth career #1 in the U.S., and his sixth #1 in Canada. GREETINGS FROM…JAKE takes Owen back to his traditional country influences and his Floridian roots. GREETINGS FROM…JAKE amassed an impressive 600 Million+ streams, and was featured by NBC’s “Today,” ABC’s “Jimmy Kimmel Live!” and People.com shared, “Owen has let his inner Merle come out to play…” Continuing the praise,  Billboard dubbed it “…country-grounded odyssey,” The Tennessean lauded, ‘…the album drips steel guitar and hit country songs…” and Sounds Like Nashville called it “…a breath of fresh air…”

About Jake Owen  Platinum-certified artist Jake Owen has eight #1 songs, numerous #1 albums and Multi-Platinum hits to his name. The chart-topping entertainer’s latest album, GREETINGS FROM…JAKE (Big Loud Records) garnered Owen’s eighth #1 hit and debuted with more than 154,000 album equivalents. The singer/songwriter continues to earn acclaim, with critics praising GREETINGS FROM…JAKE as a “country-grounded odyssey” (Billboard) that “unveils new layers of his artistry” (Sounds Like Nashville). GREETINGS FROM…JAKE, follows hit albums AMERICAN LOVE, which debuted at #1 on Billboard’s Top Country Albums chart and #4 on the Billboard 200 all-genre chart, and the chart-topping album BAREFOOT BLUE JEAN NIGHT, which produced four consecutive #1 hits including his 2X Platinum anthem title track “Barefoot Blue Jean Night,” as well as the Platinum-certified hits “Beachin’,” “Anywhere With You,” “Alone With You,” and “The One That Got Away.” For more information visit JakeOwen.net or Facebook at www.facebook.com/jakeowen, and follow him on Instagram @jakeowenofficial and Twitter @jakeowen

https://www.countryschatter.com/2020/05/jake-owens-single-made-for-you-arrives-at-country-radio/2020-05-19T20:59:13-04:00theadminNew ReleasesPress Release"down to the Honkytonk","Greetings From...Jake","I Was Jack (You Wre Diane),"Made For You",Big Loud Records,Jake Owen,The Bachelorette
Multi-platinum entertainer Jake Owen’s new single “Made For You” arrives on Country radio airwaves today (5/18). “Made For You” is the follow up to Owen’s eighth career #1 song “Homemade,” chart-topping smash “I Was Jack (You Were Diane),” and his Platinum-certified, ACM-nominated hit “Down To The Honkytonk.” Listen to...
theadminServer Administratorno-reply@countryschatter.comAdministratorCountry's Chatter 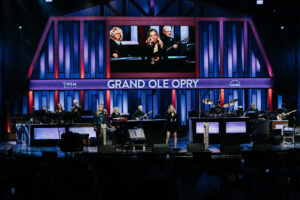