There are so many new Christmas albums coming out right now, I know we won’t be able to tell you about lal of them. But, I did want to make sure I mentioned 12.25, new from Lucas Hoge, and available now.

If you love Christmas as much as I do, I think you are going to want to fill your home with this music.  My favorite song, “Let It Snow”, with Jamie O’Neal. This song has a real ‘big band era’ feel to it.  And with these two doing the vocals, you know it’s going to be great.  He teams up with Skip Ewing on “Mrs. Santa Claus”, a cute, holiday tune you might want playing in the background while you decorate your tree.

Listen to this great album on Spotify.

“This is my favorite project to date, not only did I have the best time recording this with such a revered producer in the industry as Kent Wells. I got to have some good friends and amazing country artists be a part of this as well,” shared Hoge. “Being able to have one of my musical inspirations, Skip Ewing, duet a song with me and have Jamie O’Neal’s tremendous vocals on ‘Let it Snow’ was a dream. I hope everyone loves this record as much as I do, and becomes a staple for every Christmas season.”

Fans will have a chance to see Hoge perform songs from 12.25 in his home state of Nebraska, performing at the Holland Music Club in Omaha on December 22. Additionally, Hoge will be joined by Jamie O’Neal and The Swon Brothers for a show at The Listening Room in Nashville on December 13. For more information and tickets, visit LucasHoge.com/tour.

Hoge’s series on Sportsman Channel “GSM’s Hoge Wild” returned for a second season this August, airing Monday nights at 7:30 p.m. EST. “GSM’s Hoge Wild” follows the singer-songwriter on his epic adventures throughout the globe. Hoge, who is the creator and executive producer, shares his passion for wildlife conservation throughout the series, changing the narrative around the hunting lifestyle. The premiere season of the series documents Hoge as he performs overseas, hunts duck, elk, deer, fallow, redstag and hits the open waters in Puerto Vallarta, Cayman Islands and Catalina Island.​ Hoge enlists some familiar faces throughout the series, inviting along friends like Justin Moore and country duo The Swon Brothers for a hunt and hit songwriter Keesy Timmer on his first deer hunt.

This is one of those albums that I had a hard time picking a favorite.  But, I think for me, “December in a Small Town” is the one that I was tempted to put on repeat for a little while. Anyone who grew up in a small town, like I did, will probably feel the same way. I enjoyed hearing Lucas do some of our familiar Christmas songs like Winter Wonderland, Let It Snow, Winter Wonderland and Sleigh Ride.

ABOUT LUCAS HOGE:
With equal ease and finesse, No. 1 Billboard-charting artist Lucas Hoge can craft a song, cast a line or call in a turkey in front of a film crew, all while holding an audience’s attention on stage when performing. As a warm, engaging television host on his own weekly series “Hoge Wild,” Lucas takes viewers across the globe as he travels to New Zealand, Bolivia, Africa and unchartered territory in North America to amplify his passion for the outdoors and change the narrative around conservation. For more than two years, Lucas has been bringing his gospel “Sunday Sessions” to his fans every week, which eclipsed 25 million views in early 2020. Even during the height of online engagement worldwide during the COVID pandemic, Lucas still found a way to dominate the live streaming charts with weekly virtual concerts that consistently amassed chart-topping audience numbers, Hoge found himself alongside Luke Combs, Snoop Dogg, DMX, BTS in the Top Ten on Pollstar’s Weekly Livestream Chart. Lucas Hoge’s restless creative spirit, abundance of Midwestern charm and a work ethic that won’t let him slow down, it looks like the best is yet to come.

https://www.countryschatter.com/2021/11/lucas-hoges-christmas-album-out-now/2021-11-19T20:15:40-05:00theadminUncategorized
There are so many new Christmas albums coming out right now, I know we won't be able to tell you about lal of them. But, I did want to make sure I mentioned 12.25, new from Lucas Hoge, and available now. If you love Christmas as much as I do,...
theadminServer Administratorno-reply@countryschatter.comAdministratorCountry's Chatter 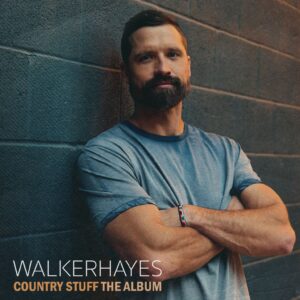 Colt Ford’s “Keys To The Country” EP is country music